In a nod to Kazimir Malevich, the venues are conceived as a series of Planits. The curatorial trio also drew heavily from Yevgeny Zamyatin’s 1920-21 novel, My (“We”), dissecting the characters and chapters of this canonical dystopia in hopes of creating a collective form of utopia. Accordingly, each venue is styled after elements from the novel.

The Ural Optical and Mechanical Plant represents INTEGRAL 2021 — in reference to the spaceship being built in the novel WE by Yevgeny Zamyatin — set 100 years ago. The INTEGRAL spaceship in the book is constructed with the aim of conquering extraterrestrial planets, extend human control and spread the truth and order of One State. All the members of this society live as one collective — sharing all their moments of life together — with logic and reason taking away the ancient troubles of love and dreams. Between glass walls, they spend their days building this marvel of technology that will extend One State to realms beyond what the eye can see. Intimacy is only possible when the curtains are closed at the same time for everyone. When you enter this space, first listen to the sound of the machines. Any other sonic element as part of the artworks included in the exhibition is carefully rendered, with consideration of the soundscape of the location. What has changed in human creativity, intelligence and intimacy in the last hundred years?

“In 120 days from now the building of the INTEGRAL will be finished. Near at hand is the great, historic hour when the first INTEGRAL will lift off into space. A thousand years ago your heroic forebears subjugated the whole of planet Earth to the power of One State. It is for you to accomplish an even more glorious feat: by means of the glass, the electric, the fire-breathing INTEGRAL to integrate the indefinite equation of the universe. It is for you to place the beneficial yoke of reason round the necks of the unknown beings who inhabit other planets — still living, it may be, in the primitive state known as freedom. If they will not understand that we are bringing them a mathematically infallible happiness, we shall be obliged to force them to be happy. But before taking up arms, we shall try what words can do.” (Record 1)

The location of former Salute Cinema is dedicated to D-503, the main protagonist in the novel WE by Yevgeny Zamyatin. As a mathematician and rocket engineer, and also the architect of INTEGRAL, he narrates the story and records the sequence of events. For this project, what is left of the now-defunct Salute Cinema becomes a shared space for public imagination. Here we are sensitive to the element of light and the legacy of image-making… as well as materiality. Is there any better place for connecting with the collective unconscious than the darkness of an old movie theater? Is there a more complicated character than D-503 to understand the challenges of creating a collective spirit? We get inside his head, listen to his thoughts and share his dilemmas. Who is in the dark? What is the form of light? He desperately wants to believe in what he was always taught to be real, and is confronted with new information that shakes his convictions. Is he finally becoming part of the collective spirit, or is he still only for himself?

“We live behind our transparent walls that seem woven of gleaming air —we are always visible, always washed in light. We have nothing to hide from one another. Besides, this makes much easier the burdensome and noble task of the Guardians, for, Who knows what might happen otherwise? Perhaps it was precisely those bizarre, opaque dwellings of the ancients that gave rise to their psychology of individuality.” (Record 4)

The installations and the performance program at the Ekaterinburg Circus are inspired by the character O-90 from the novel WE by Yevgeny Zamyatin. The novel also inspired the development of performances especially for the 360° sweeping view of the main stage of the circus, where generations of humans and animals have sheltered under the same roof. Like them, O-90 is fierce, resilient and passionate — despite the fact that the protagonist D-503 talks about 0-90’s soft and childish character. At first an amiable member of society and loyal to the system, O-90 gradually becomes subversive — by tuning in to her desires, bodily sensations and maternal instincts. To the very end, she believes that a revolution will come and she is determined to have her own child. She represents everything that we are afraid of, and also whom we want to become… Will she be able to escape to the free world beyond the Green Wall? What about you, the visitor? Are you able to walk away from the equation of life?

“In order to establish the true value of a function, one must take it to its limits. And it’s clear that yesterday's ridiculous ‘dissolution into the universe’, taken to its limits, is death. Because death is exactly that: the ultimate dissolution of myself into the universe. And hence, if ‘L’ signifies love and ‘D’ signifies death, then L=f(D) — that is, love is a function of death.” (Record 24)

One of the key characters in Yevgeny Zamyatin’s novel WE is I-330. All the site specific exhibits and interventions that the visitors to Ekaterinburg’s Post Office will encounter are committed to the possibility of freedom and the idea of revolution — just like I-330. She is a rebellious soul: according to the narrator of WE, D-503, she is like an irrational number in mathematics. I-330 embraces the unknown, and believes that humanity will witness an infinite number of revolutions, asking: “...how can there be a final revolution? There is no final one. The number of revolutions is infinite.” The exhibits here offer our audiences the chance to write letters to be opened 100 years from now, to throw a wish into the future with the silent power of a stone, to touch the architecture where you live, to swim on the surfaces of damage, or to draw the story of WE on an extremely long roll of paper. The visitors are asked questions about the potential new and unknown connections between our eyes and hands as well as what irrationality means for them.

“I’m leaving… for the unknown. These are my last lines. Farewell to you, my unknown, my dear readers, with whom I’ve lived through so many pages, to whom, when I came down with ‘soul’, I revealed all of myself, right down to the last pulverized screw, the last busted spring… I’m leaving.” (Record 33)

Two artistic positions from Eli Cortiñas and Mikhail Tolmachev are presented at the Metenkov House of Photography. They are connected through a character from Yevgeny Zamyatin’s novel WE, called R-13. He is a poet who loyally performs his duties to a controlling body called One State. His poetry praises the beauty of math and logic, while indirectly criticising One State’s condemnation of individuality and artistic expression. By including two artworks in the spaces of the Photography Museum, we question the consumption of images today. How do we listen to an image? Who is the owner of an image? What are the politics of image-making? Who are the most influential image makers of our time? Who can take the portrait of today?

“Certainly, certainly! By rights, my good friend, you should not be a mathematician; you ought to be a poet! Yes! Really, why not transfer to us poets, eh? How would you like that? I can arrange it in a moment, eh?” (Record 8)

Museum of History and Archaeology of the Urals acts as the Ancient House — the only building which is not made of glass in the novel WE by Yvgeny Zamyatin. It contains what survived as trinkets, elements and artifacts from the old world before One State took control. It is also the only place that permits any form of privacy. According to our protagonist D-503 the Ancient House is a representation of humanity’s frustrating opaqueness, since “human beings are built as nonsensically as these stupid ‘apartments,’ human heads are opaque and there are only two very small windows that lead inside: the eyes.” This opaqueness becomes intriguing for D-503 since the Ancient House operates as a portal to the world beyond the walls of One State. His visits accelerate his mental transformation. By inserting artworks into the rich collection of the History Museum and sharing our audiences, including the unique universal heritage of the one and only Shigir Idol, we open conversations with the location of the Biennial, and its unique context, reformulating these questions: What evidences is there of human and non-human existence today which could help us see the future? How do we resolve the past and make peace? Is it possible to generate a foundation for sharing knowledge and experience through human cultures and alien intelligences?

“Knowledge! What does that mean? Your knowledge is nothing but cowardice. No, really, that’s all it is. You just want to put a little wall around infinity. You are afraid to look on the other side of that wall. It is the truth. You look and you screw up your eyes. You do! ... Walls, I began, Walls are the basis of everything human.” (Record 8)

The venue of the Ural branch of the Pushkin Museum referenced the Green Wall from the novel. According to Zamyatin’s masterpiece WE, in the One State of the great Benefactor, there are no individualities, but numbers and their mathematical precisions. Everyday life is organized by a perfectly balanced equation. Desires, passions and instincts are repressed, forbidden or subdued. Even nature has been banished behind the Green Wall. But one frontier remains: outer space. We acknowledge Denise Ferreira da Silva and Arjuna Neuman for their contribution, which is the last (but not the least) conversation during our promenades. The film Soot Breath / Corpus Infinitum compiled by Arjuna Neuman and Denise Ferreira da Silva provokes questions as to how structures of power (colonial, capital, cis-hetero patriarchal) perpetuate categorization and difference to break material ties to other humans, more-than-humans and deeper implicated bonds with our planet and beyond. In particular, it will focus on how this type of interior subjectivity has been exploited towards unending racial violence. 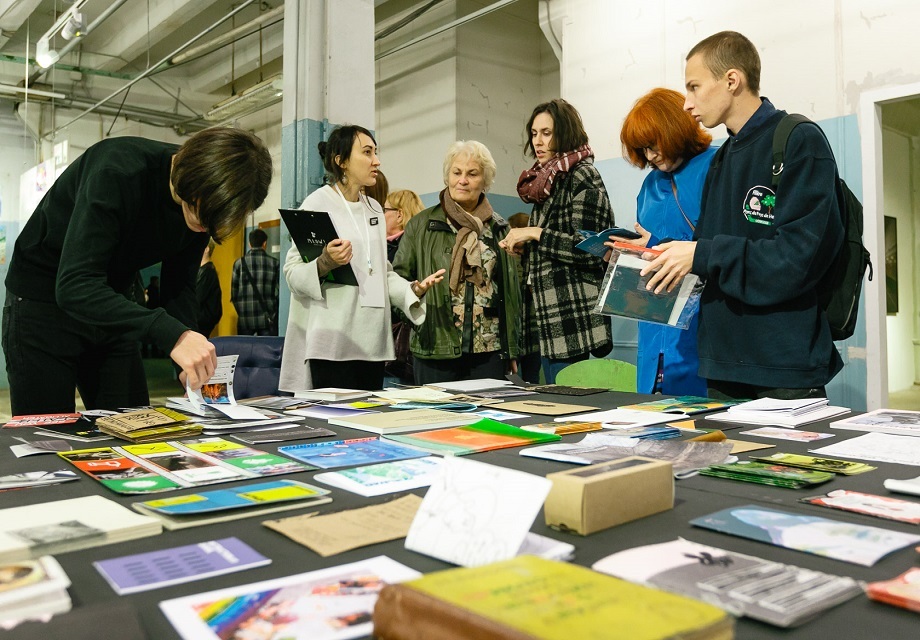 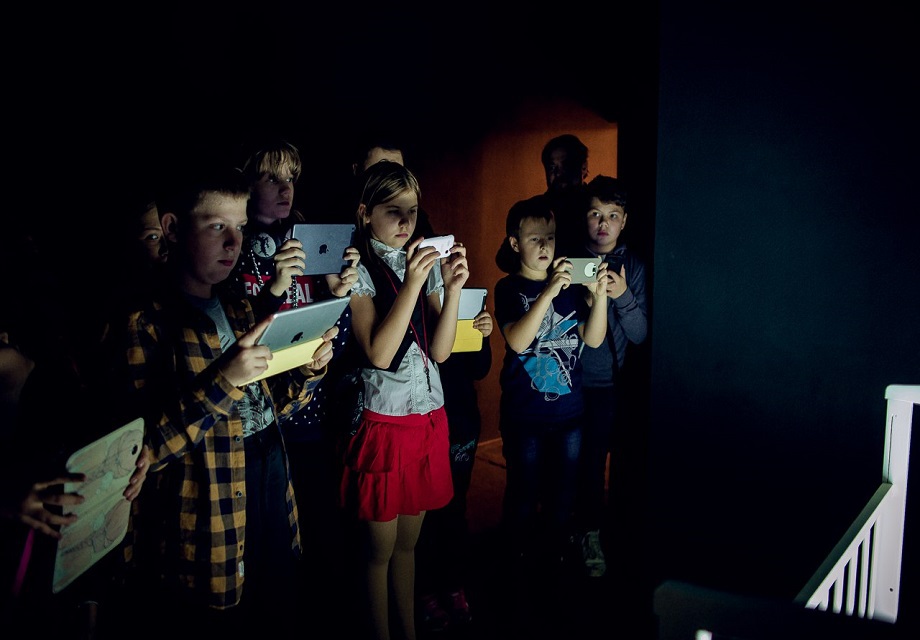