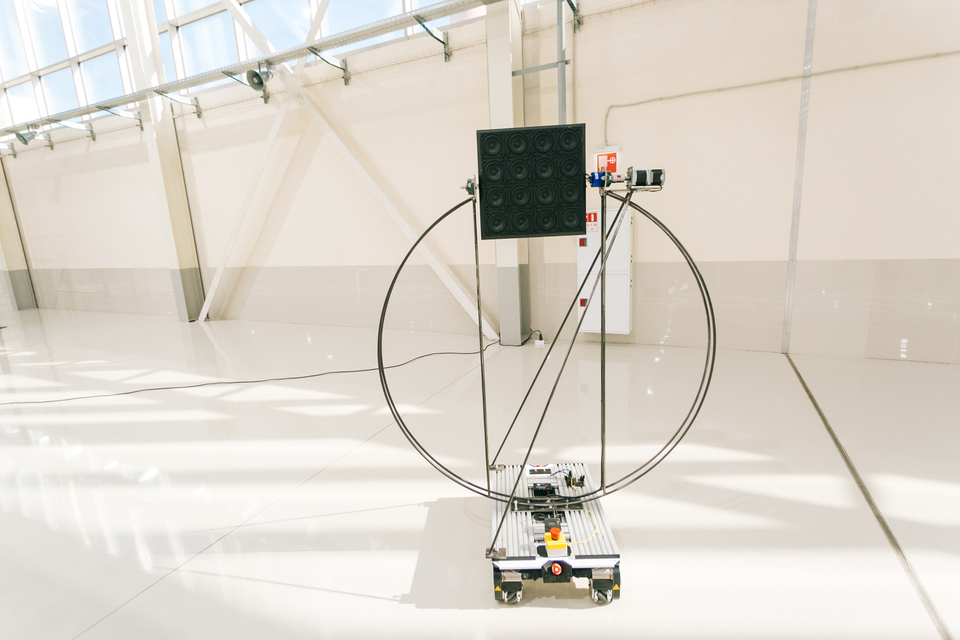 Robodynamic Diffusion: RDD (2021) is a project by a group of German artists and scientists exploring the nature of sound and its acoustic possibilities. The focus of the project RDD is the unfolding of the spatial effect of sound by decoupling the sounds from the instrument to move freely in space. During a performance, a sound robot, whose loudspeakers can turn in all possible directions, is navigated through the room. The robot is connected to a digital audio workstation and plays electronically generated sounds. The movement of the sound bodies through robotic objects in the architectural space creates acoustic reflections and resonances, sound waves break on the structural forms and set the environment into vibrations, thus influencing the sound result. The sounds are perceived in various ways depending on the robot's movement and on the viewer’s position in the room. In this way, the venue itself becomes part of the instrument and is actively involved in the composition: a transformation of space into sound.