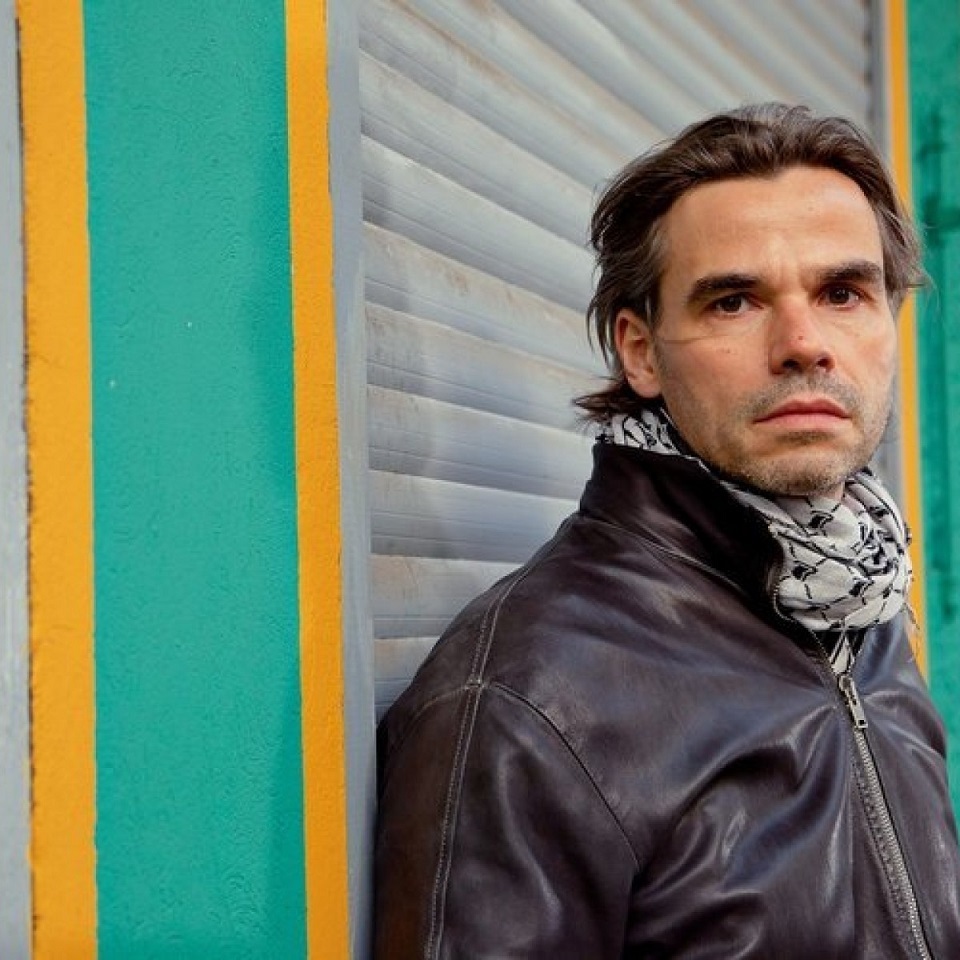 Sebastian Baumgarten, together with Ludwig Haugk and Robert Lippok speculate on our possible future in their project Attitudes (2021). It presents five images from 2025 to 2425. These images survey the creatures of the Anthropocene as they struggle to survive in a world beyond human dominance and violence. Following Donna Haraway’s discussion in her book Staying with the Trouble: Making Kin in the Chthulucene (2016), the artists wonder if there is a possibility of developing awareness and imagining kinship beyond purely human categories, to find new companions and relatives, to spin new threads. The Circus — a place between fascination and horror, where the natural boundaries between creatures seem to be suspended, where people fly and bears ride bicycles, — turns to be a perfect stage for this inquiry, at the same time reminding about the current disposition, where humans dominate over other living beings.

Sebastian Baumgarten was born in 1969 in East Berlin. He is a theater and opera producer. His career as a producer began in 1992. Before that, he was an assistant producer. From 1999 to 2002, he was Senior Director and Deputy Opera Director of the Staatstheater Kassel, and from 2003 to 2005, Chief Director of the Meiningen Theater. In 2006, he was voted Opera Producer of the Year in a critics' poll conducted by Opernwelt magazine.

Baumgarten has been head of the directing course at the August Everding Theater Academy in Bavaria since the 2013/14 academic year. Sebastian Baumgarten works as a crossover artist between drama and music theatre in Zurich, Hamburg, Stuttgart, Dresden, at the Komische Oper Berlin and the Bayreuth Festival.