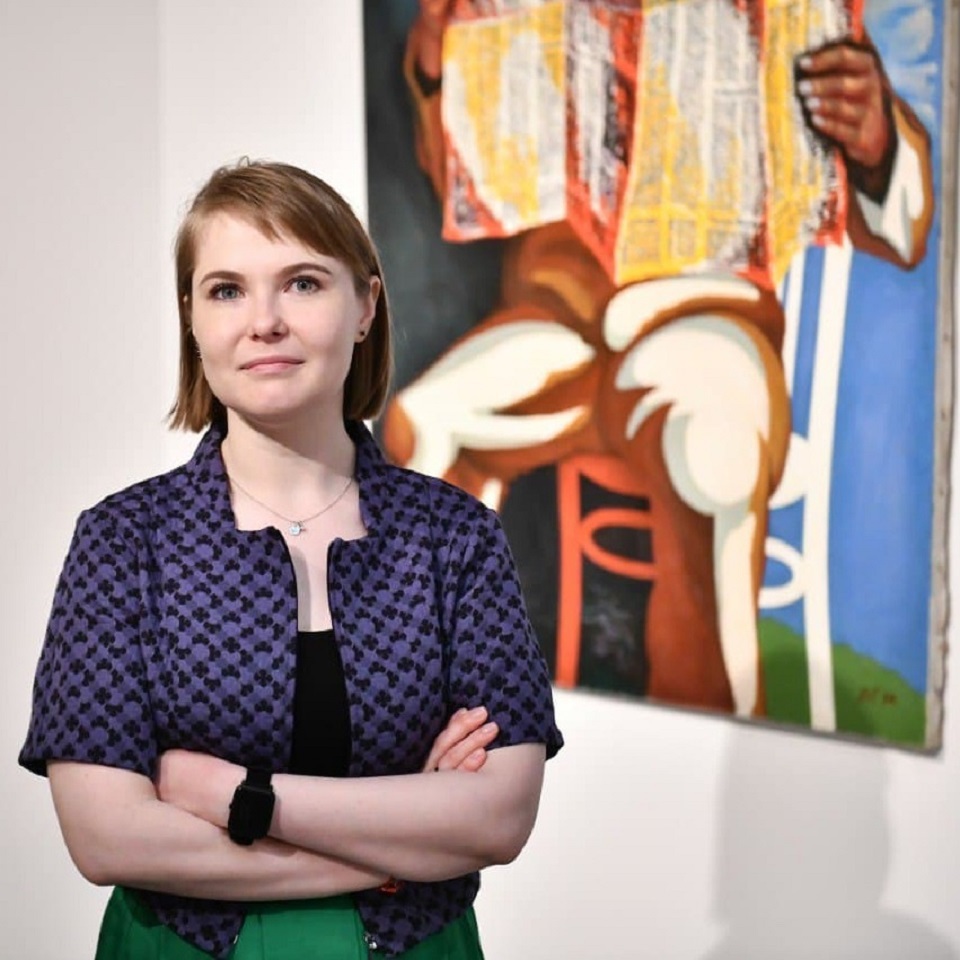 Darya Kostina (b. 1988) is an art critic and curator.
Kostina curated the following institutions: the B.U. Kashkin Museum at Ural Federal University (2009-2014), Department of the Contemporary Ekaterinburg Museum of Fine Arts (2016-2019). Since 2019, she has been working as an art director at the Sinara Art Gallery. Kostina was nominated for the following awards: Sergey Kuryokhin Prize (2014), the Innovation Prize (2015). She won several major competitions: College Art Association and the Getty Foundation travel grant competition, the EUNIC internship grant competition for young curators (2014), and Museums Without Borders 2017 of the Vladimir Potanin Foundation. Since 2013, she has been teaching at the Department of Art History and Museum Science, UrFU.