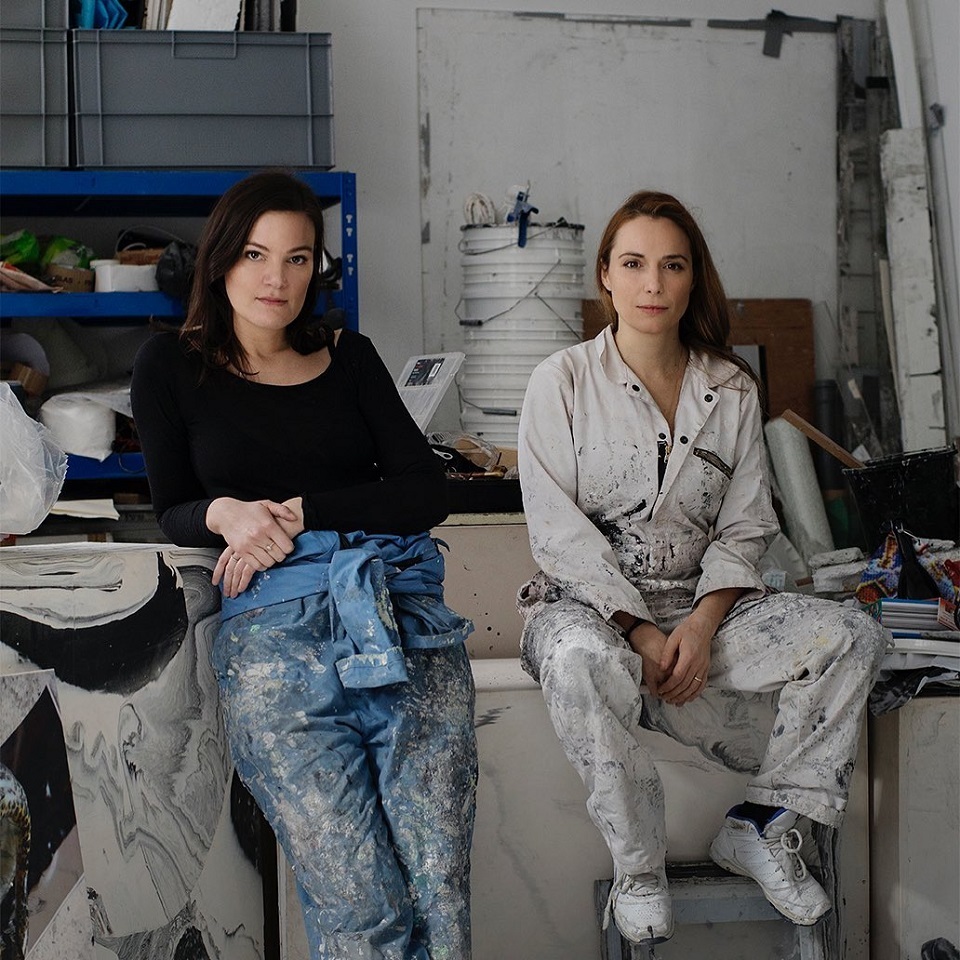 Exhibition at the Salute Cinema features the artwork

The name of the artists duo Peles Empire derives from the 19th Century Peles Castle, located in the foothills of Romania’s Carpathian Mountains. Peles is a castle of historicism as each room is a copy of a different architectural style. That these rooms were built by skilled local craftsmen with little knowledge of the original style or techniques, produced a very specific form of mistranslation, representing a pre-industrial simulacra, which appears to anticipate postmodernism nearly one hundred and twenty years before it started. The same act of copying or translation that birthed the Peles Castle carries over to the artists’ own approach to studio production. What is realized in three-dimensions for one exhibition, becomes the two-dimensional source material for the next period of production. The process becomes, temporarily, the work. The act of copying is more important than the copy itself. The installation at Salute Cinema will be the continuation of this process. It incorporates different particularities ranging from (local) architecture, moments in history, the Peles castle, to the anatomy of the eye. It strings together these elements by combining them with a photograph of the cinema ceiling in the form of a wallpaper. Furthermore, handmade and industrially-made 3D objects copying ceramics based on the shape of anatomical eyes and amphitheatres (the first form of theatres and the predecessors of cinemas) are presented within the space.

Peles Empire is a collaborative artistic project consisting of two artists Katarina Stöver (b. 1980, Romania) and Barbara Wolff (b. 1982, Germany), whose work takes its consistent source and name from a single site: a lavish castle in Romania. Each of the castle’s hundreds of rooms boasts stylistic imitations from diverse historical times and places, and Peles Empires' work, which began by recreating this castle, has continuously generated unexpected changes through new collaborations and new combinations of media. Peles Empire currently works between London and Berlin. Peles Empire’s major solo exhibitions include Austria’s Kunsthaus Graz (2019), Germany’s Kunst Verein (2017), Wilhelm-Hack-Museum (2015), and Kunstmuseum Stuttgart (2013), as well as England’s Glasgow Sculpture Studio (2013), and Cell Project Space (2013). Major international group exhibitions include the National Museum of Contemporary Art, Scotland (2019), the Skulptur Projekte Münster in Germany (2017), the Sprengel Museum in Hanover, Germany (2017), the KW Institute in Germany (2015), and the UK’s ICA (2011) and Frieze Projects (2011).