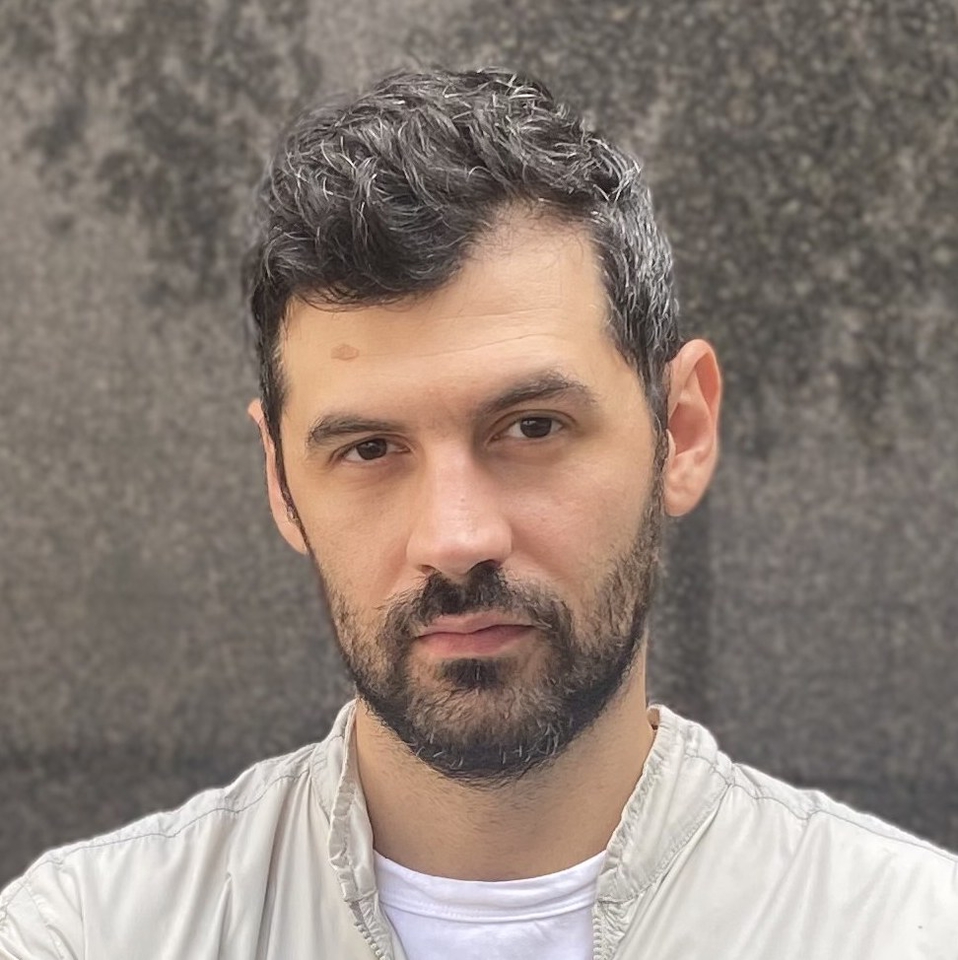 Egemen Demirci’s two-part public art installation in the iconic constructivist Post building, built by architects Konstantin Solomonov and Veniamin Sokolov in 1934 and formerly named the House of Communications, welcomes the viewer with the text on the facade: “To all the futures comma we choose not to believe in period.” The material used for the construction of the sign — rectangular black sequins — refers back to the archetypal contemporary art painting Black Square (1915) by Kazimir Malevich, while the use of telegraph punctuation refers back to the old practice of remote communication and the history of the building as the main telegraph office of Sverdlovsk in the last century.

At first glance, this phrase seems like a nostalgic statement about missed opportunities. However, the act of faith can also be seen as destructive, setting a vector for the force of entropy that is directed at the object of faith and reduces it to nothing. Through the act of disbelief, the future turns out not to be a state of failure, but a multitude of potential destinations to which one can arrive.

The second part of the work, the installation at the post office, is a room with a table, a chair, a booth with instructions, and a mailbox marked 2121. This is a room for reflection, and the visitor is invited to write a letter, which will be delivered to the specified address by the Russian Post in 100 years, in the year 2121. Drawing on the Soviet practice of time capsules, many of which were opened for the centennial of the October Revolution in 2017, the work develops the idea of the capsule, transforming it from open to the public to an individual service provided by Russian Post. Letters will be collected from the mailbox at intervals and stored in the museum's archive for 100 years before being returned to the post office for delivery in 2121. Those that are delivered will remain in the private use of the addressee. Those envelopes that cannot be delivered will be sent back to the museum for potential research and display at the discretion of the museum staff. By withdrawing the letters from public access, the work remains a service whose scope is limited to the private communication of individuals with the addressee, whether other individuals, companies, or institutions. Because the text on the signage aims to invert the nostalgic relationship between the future and faith, this service similarly inverts the relationship by allowing personal communication with the future, replacing the public with the private.

This work represents the artist's artistic intervention into the public service delivery system by bringing together three public institutions, using art as a service and time as material to construct a dialectic of relationships.

The artist would like to express special thanks to Philipp Wuendrich for his support in the architectural design of the project.

Egemen Demirci was born in 1983 in Izmir. He works with a range of media including text, installation, drawing, and video through which he investigates the conceptual boundaries of abstraction, space, and exhibition-making practices. He participated in various international exhibitions and site-specific projects, organized by institutions such as Werkleitz Festival (2013), Sabancı Museum (2015), Ngbk Berlin (2018), and Kunsthalle Baden-Baden (2021).

Demirci completed his postgraduate degree in Public Art and New Artistic Strategies program at Bauhaus University in Weimar, Germany in 2009. During 2014 – 2015, he took part as a researcher/artist at the Jan Van Eyck Academie Residency program in Maastricht, Netherlands. He currently lives and works in Berlin, Germany.