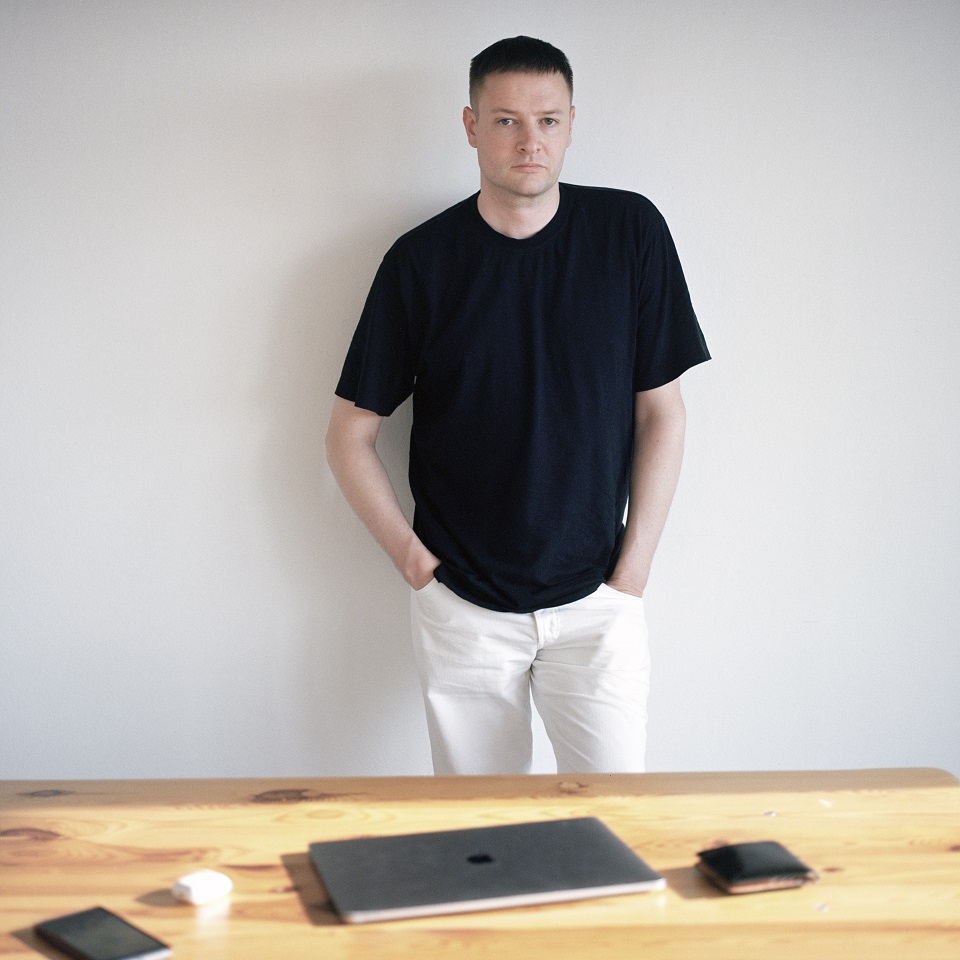 Exhibition at the Optical and Mechanical Plant feature artworks:

In 2017 the cloud computing e-commerce company Amazon.com was granted a patent for a “system and method for transporting personnel within an active workspace.” Essentially a cage to contain a human worker within a highly automated workplace environment, this device was highlighted in a project by artificial intelligence ethics researchers in 2019, and has become the starting point for Simon Denny’s work.

Using a rapid-prototyping tool which was designed to produce small 3D prints by stacking, cutting, and gluing sheets of paper in multiple layers, Denny has created a model of the device subject to the patent. This rapid-prototyping tool was designed in the last decade, and was found to be commercially unviable due to its extremely time consuming and labor-intensive process. Using this tool, Denny has created paper stacks of the patent documents that describe the “worker’s cage” system, and carved out a 3D model of the device inside these stacks by hand.

The exhibition Simon Denny MINE that took place at the Museum of Old and New Art (Mona), approached the Australian mining industry as a case for the study of the effects of technology on human labor and the planet’s ecology. The idea behind the artistic research was to link resources extraction and data collection through the lens of economy, ethics and colonization.

As part of the exhibition Denny constructed a giant board game Extractor based on the classic Australian sheep-farming game Squatter, which in turn is based on Monopoly. Its aim is to achieve global business domination through the use of data as a commodity. The cardboard sculptures in the exhibition space mimicking a trade show, represent automated machines that are changing the way resources are extracted and the labor system organized.

Watercolor sketches on paper by artist Sharon Gordon, 97 × 40 cm both. Courtesy of the artist

Courtroom sketches, made by courtroom sketch artist Sharon Gordon were specially commissioned by Simon Denny for his exhibition MINE at the K21 in Düsseldorf. These drawings show imaginary trials of various mining companies.

This series of six diptychs, of which two are presented at the Ural Biennial, is a continuation of Denny’s research of how industry affects the planet, humans and other forms of life; and of the complex relationships between resources, data and labor hierarchies.

Simon Denny (b. 1982 Auckland, New Zealand) lives and works in Berlin, Germany. He makes exhibitions that unpack the social and political implications of the technology industry and the rise of social media, startup culture, blockchains and cryptocurrencies, using a variety of media including installation, sculpture, print, and video.

In 2016, he co-founded the artist mentoring program BPA//Berlin Program for Artists and has served as Professor of Time-Based Media at The Hochschule für bildende Künste in Hamburg (HFBK) since 2018. Denny studied at the Elam School of Fine Arts, the University of Auckland, graduating with a BFA in 2005, and at the Städelschule, Frankfurt am Main, completing a Meisterschule in 2009.