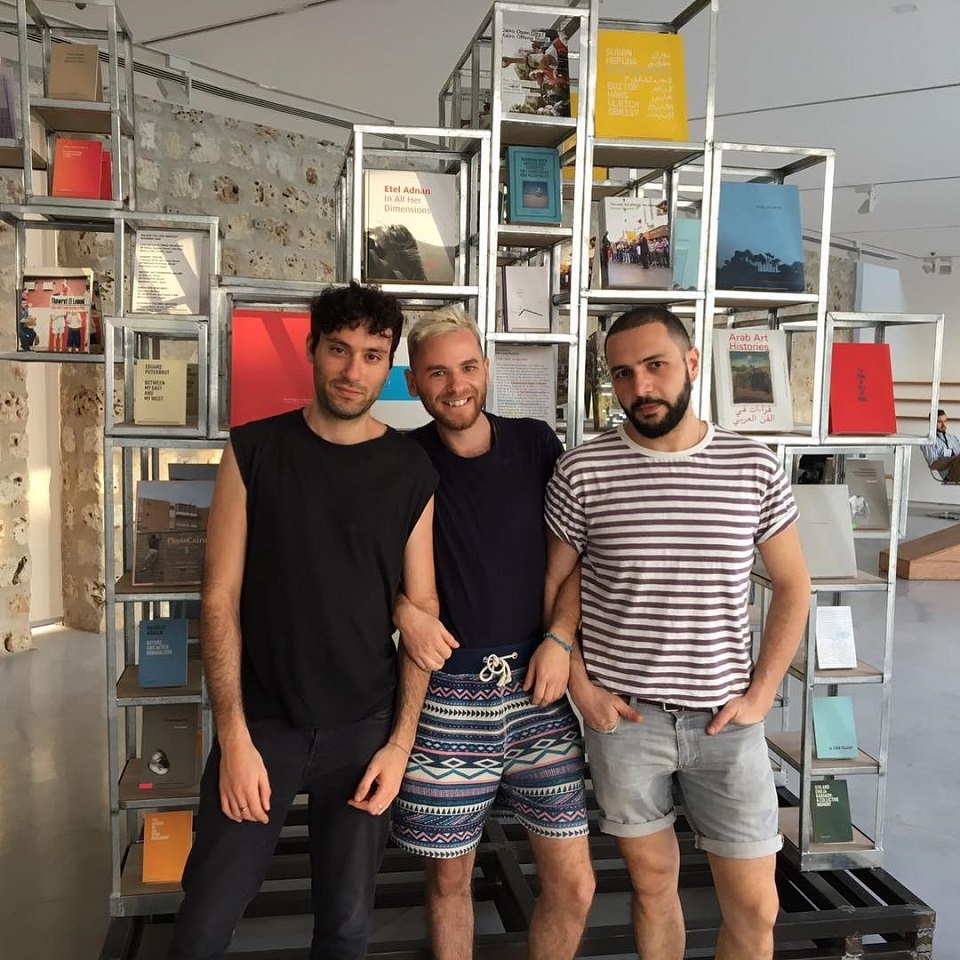 Exhibition at the Salute Cinema features the artwork

The film Soapy Postmodern Bathwater takes the viewer to a not-so-distant future, to a language laboratory where researchers analyze human bodies — people who collapsed while reading bilingual art books. It is a strange phenomenon that has led intellectuals, artists, curators, and exhibition visitors into physical paralysis and a coma.

Attempting to track the phenomenon, researchers resort to a range of analytical procedures, with the presumption that the language of the books the afflicted bilingual bodies are reading causes the coma. Through the analysis of bodily memory, the researchers attempt to understand the effect of this language on the body. Striving to produce effective outcomes, they have equipped their laboratory with a range of work supplies, among them flasks of post-modern liquids, distributed according to emergency art terms; basins of fermenting images and book covers; notecards to organize the terms extracted from the bodies under analysis; and also logs with publication details of the books born by the bilingual bodies — the same books that caused their coma. The rest includes historical discoveries such as pages of glossaries and dictionaries, and images that help to understand the bilingual bodies in a context of translation and the production of cultural glossaries.

The film traces the authority imposed by language — the construction of terms and institutions — on the cultural body and in turn the effect of language on artistic practice and artwork. Originally produced for the Sharjah Biennale 13 Tamawuj, the film is a part of the series of Institutional Terms; a long-term research project that follows the impact of the language, term, and institution on global artistic practices.

Fehras Publishing Practices (Sami Rustom, Omar Nicolas, and Kenan Darwich) is an artist collective founded in 2015 in Berlin. It researches the history and presence of publishing and its entanglement in the socio-political and cultural sphere in the Eastern Mediterranean, North Africa, and the Arab diaspora. It observes publishing as a possibility for creating and accumulating knowledge and thus initiates projects that carry different formats such as installations, films, publications, lectures, and performances aiming to extend the notion of publishing. The collective’s investigations take place in public libraries, book markets, private and institutional collections. Fehras explores publishers and searches university catalogs as well as journalistic, radio, and television archives. Personal stories of publishers, memoirs, letters, and photographs are also part of this research.