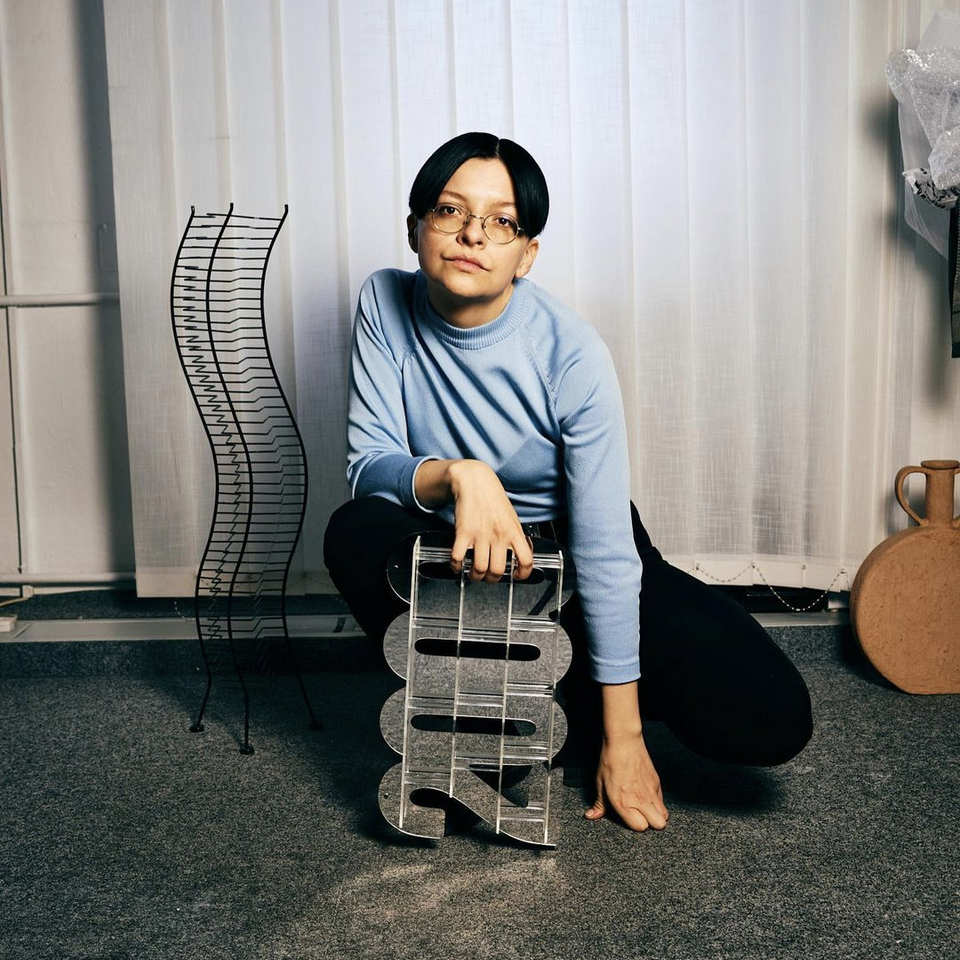 Like other locations on earth with silent histories, Ekaterinburg-Sverdlovsk is a city that is shaped by industrial production of both life and death – as part of unwritten humanities. The Ural Optical and Mechanical Plant in Ekaterinburg is an example for that, producing components for military purposes, like bomb aiming systems and laser systems for aircrafts such as MiG-29, but at the same time also having civil production in the form of incubators for babies and today’s much-needed respirators. Industrial production structures the whole complex of life and death, determining human existence. How does this manifest in material culture? What ritualistic and shamanist practices are part of daily life, going back to the pre-colonization of the city, practiced throughout the communist Soviet times and intensified during the 1990s when nothing seemed to make sense anymore?

In Soviet times, there were frequently so-called Exhibitions of Achievements, taking place in large cities in specially built complexes. On display were products and inventions, labeled Peredovye Dostizheniia — Avant-Garde Achievements. Henrike Naumann opens a showroom inside the plant, presenting her selection of Avant-Garde Achievements. The set-up presents examples of civil production that could be produced inside the factory, but remain objects of imagination. Glasses and glass tables reference everyday encounters with optical instruments. Metal objects reflect the industrial metal production but are actually hand-crafted by inhabitants of Ekaterinburg that the artist contacted via the platform avito.ru. The objects speak about shamanist belief systems and everyday rituals in a complex society. The showroom does not show what is actually being produced at the factory, but speaks about what life is produced in an industrial city like Ekaterinburg.

Installation, mixed media. Courtesy of the artist and KOW Berlin

In Die Monotonie des Yeah, Yeah, Yeah Henrike Naumann immerses us, in the midst of a shoe shop of the 1990s, in an exaggerated version of a past world. This is peppered with Friedrich Engels’ idea of primitive society, as well as that idea of prehistoric time, which is a backward projection of our own.

In her video work of the same name, excerpts from GDR teaching materials merge with sequences from the animated series The Flintstones, scenes from a cartoon version of the Bremen Town Musicians and segments from Milton Friedman’s television series Free to Choose, which was also used as school material.

The significance of (human) labor, processes of commodification, and contrary understandings of the concepts of property and freedom are addressed on several levels. The creation of man through work, propagated at the beginning of the video, is illustrated by the enslavement of dinosaurs as household and industrial tools by the Flintstone family. The animals of the Bremen Town Musicians, doomed to die by their owners, can be found in clips on GDR history and as Fred Flintstone makes himself comfortable on the couch, Free to Choose is shown on West German television. There, as the Bremen Town Musicians hear, the minimum wage is to blame for their unemployment. With the Eastie Girls in the background, the dinos put an end to their reign of terror with loud beats and bring down the Berlin Wall.

Henrike Naumann was born in 1984 in Zwickau, lives and works in Berlin. Henrike Naumann reflects socio-political problems on the level of interior design and domestic space and explores antagonistic political beliefs through the ambivalent aesthetics of personal taste. In her immersive installations, she arranges furniture and home decor into scenographic spaces interspersed with video and sound work. Growing up in Eastern Germany, Naumann experienced extreme-right ideology as predominant youth culture in the ’90s. Therefore, she is interested in the mechanisms of radicalization and how they are linked to personal experience. Although rooted in her experiences in Germany, Naumann’s work has addressed the global connectivity of youth cultures and their role in the process of cultural othering.