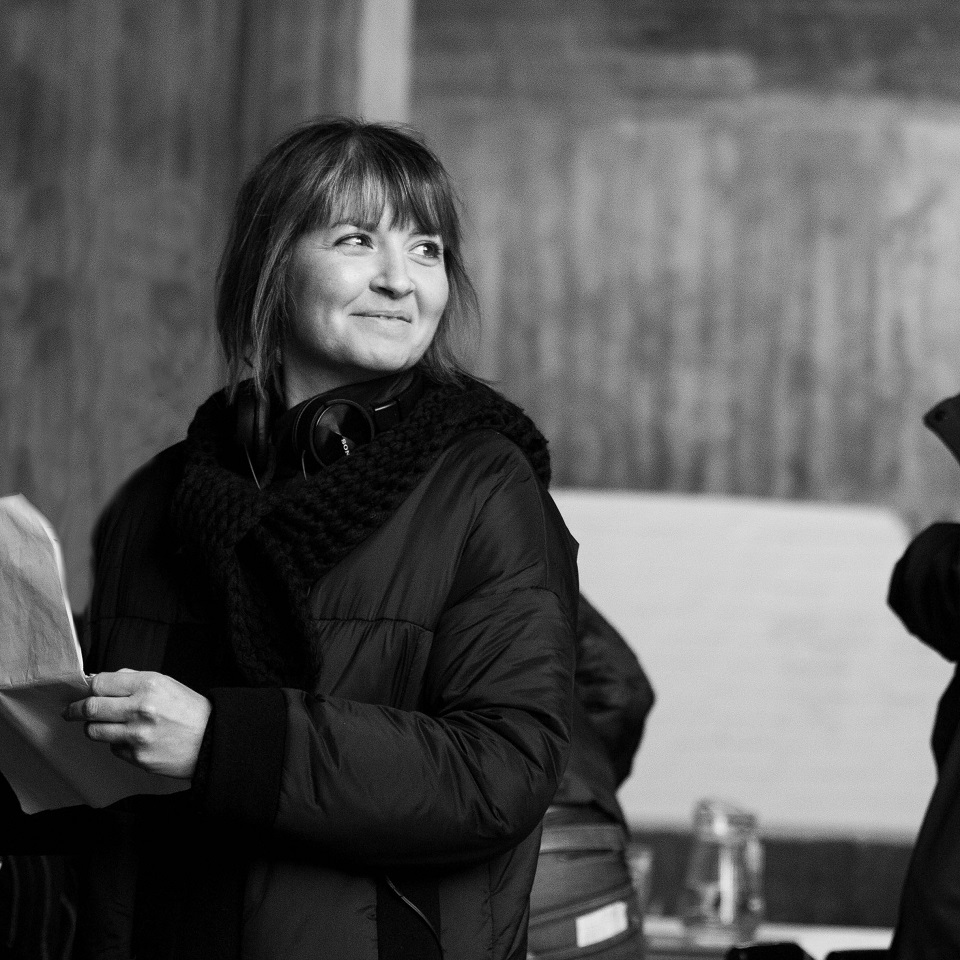 Together with Søren Lind. Two-channel b/w video with sound, 27'44''. The work was produced for the 58th Venice Biennial Danish Pavilion. Courtesy of the artist

In Vitro is a black-and-white Arabic-language short science fiction film about life after a major environmental disaster.

The film is set near the biblical city of Bethlehem, near an abandoned nuclear reactor transformed into a huge orchard. Scientists working in the area are preparing to sow the soil with seeds from the last days before the apocalypse.

In the hospital wing of the underground complex, where all the survivors’ lives now flow, the sickly founder of the orchard, 70-year-old Dunia (Hiam Abbass), while 30-year-old Alia (Maisa Abd Elhadi) comes to visit her. Alia was born already after the tragedy in the underworld through a cloning programme and has never seen the city she is destined to rebuild.

The conversation soon develops into a very personal, intimate dialogue about memory, exile and nostalgia. Central to their conversation is the complex theme of the relationship between past, present and future, while the atmosphere of Bethlehem, with its rich history and profound symbolism, serves as a voluminous backdrop for the narrative.

The main dialogue between the two women takes place in a hospital room overlooking an orchard, while the memories catch up with the characters in an old house and a plot of land overlooking a valley not far from the Old Testament city.

An important plot detail in the film is the black sphere perched on a large industrial building, which symbolises the oppressive sense of absence that represents the memories and traumas of the past. In the film, Alia can often be seen interacting with the sphere, observing it, touching it, trying to understand its meaning, trying to discover the images and memories it contains.

The film combines nature footage, archive footage and visual special effects. It was filmed in Bethlehem and in the UK.

The sculpture Monument for Lost Time is a physically embodied psychological image of the black sphere from the film In Vitro. In the film, the image of the black sphere appears in the imagination of one of the female protagonists as an object that has no place of its own. It also appears in the dialogue between the two women as they reflect on the uncertainty that lies between the past and the future, on the absence of a life-affirming present.

The large fibreglass sphere with a diameter of 480 cm is painted in such a deep shade of Black 2.0 that it loses all ability to reflect light. This achieves an optical illusion where the sphere as a physical object becomes virtually non-existent, yet eerily present and intimidatingly pressing on everything around it.

Not reflecting light and looking like a three-dimensional vacuum, the sculptural sphere is outside the two main categories of existence – space and time. Nevertheless, the installation itself is architecturally organised and spatially staged: concrete floors with splashes of tiles made by Anan Tiles in Nablus, light grey walls and a background soundscape of low-frequency vibrations structure the perception of this work.

Larissa Sansour was born in Jerusalem in 1973. She currently resides in London, England. Central to her work is the dialectics between myth and historical narrative. In her recent works, she uses science fiction to address social and political issues. Working mainly with film, Sansour also produces installations, photos, and sculptures.

In 2019, Sansour represented Denmark at the 58th Venice Biennial. In 2020, she was the shared recipient of the prestigious Jarman Award. She has shown her work at Tate Modern, MoMA, Centre Pompidou, and the Istanbul Biennial. Recent solo exhibitions include Copenhagen Contemporary in Denmark, Bluecoat in Liverpool, Bildmuseet in Umeå, and Dar El-Nimer in Beirut.

Sansour produced the works presented at the Ural Biennial with her artistic collaborator Søren Lind.