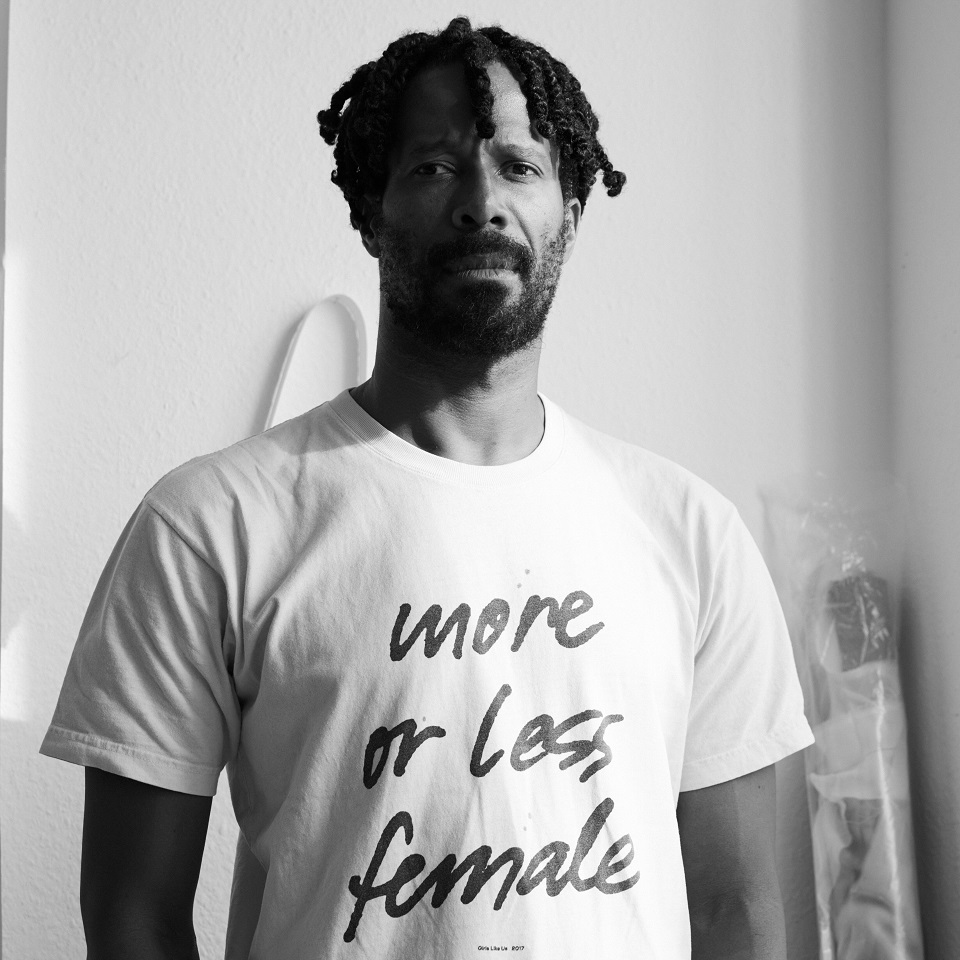 Performance, a series of photographs. Courtesy of the artist

Under Amour addresses the fragility of the body that we seek to hide under the guise of strength. This theme emerges as the artist tries to distinguish between the concepts of armour (French: armour) and love (French: amour), which in fact turn out to be extremely close to each other, as they are both related to the problem of human vulnerability.

In his afterword to the Politics of aesthetics by Jacques Rancieres, Slavoj Zizek interrogates: “when three decades ago Kung-fu films were popular, was it not obvious that we were dealing with a genuine working class ideology of youngsters whose only means of success was the disciplinary training of their only possession, their bodies?” Similarly, Indian Marxist historian Vijay Prashad, in his book on African-Asian relations, notes that historically martial arts culture has created political solidarity and interracial identification among oppressed peoples around the globe.

Jimmy Robert’s project revolves around a series of pictures of trained people reenacting various poses from Kung-fu in the circus premises, which are normally reserved for animals. This is not without evoking the human fairs of the turn of the last century where Asian and African people were exhibited. The artist puts forward such questions as: How are martial arts viewed today? Is it still an empowering knowledge? Does this act of self-defense still protect us? What is our relation to the East through this embodied cultural knowledge? What do we learn from the animals, and have we become wiser?

Besides photographs, the artist re-activates the space of the circus by introducing a series of choreographies acting as interventions in the guided tours of the biennial.

Jimmy Robert was born in Guadeloupe (France) in 1975 and currently lives and works in Berlin. His multidisciplinary practice encompasses performance, photography, film, and collage, frequently collapsing distinctions between these mediums. Robert's interest in how the body can be personified through materials and the reverse is a force that integrates his longtime work with performance with his larger practice. Robert has choreographed performances within exhibition spaces, in relation to existing architectural structures, as well as restaging, reframing, or sampling historical performances. The frequent citation of moments from art history, film, and literature is characteristic of his deeply layered narratives.

Robert was the subject of a mid-career survey at Nottingham Contemporary in 2020. This exhibition is currently on view at Museion, Bolzano until 29 August, and will travel to CRAC Occitanie, Sète in October 2021. His most recent performance Joie Noire premiered in 2019 at KW Institute of Contemporary Art, Berlin, and traveled to Kaaitheater, Brussels.

Photo by Roman Goebel; courtesy of the artist and Tanya Leighton, Berlin