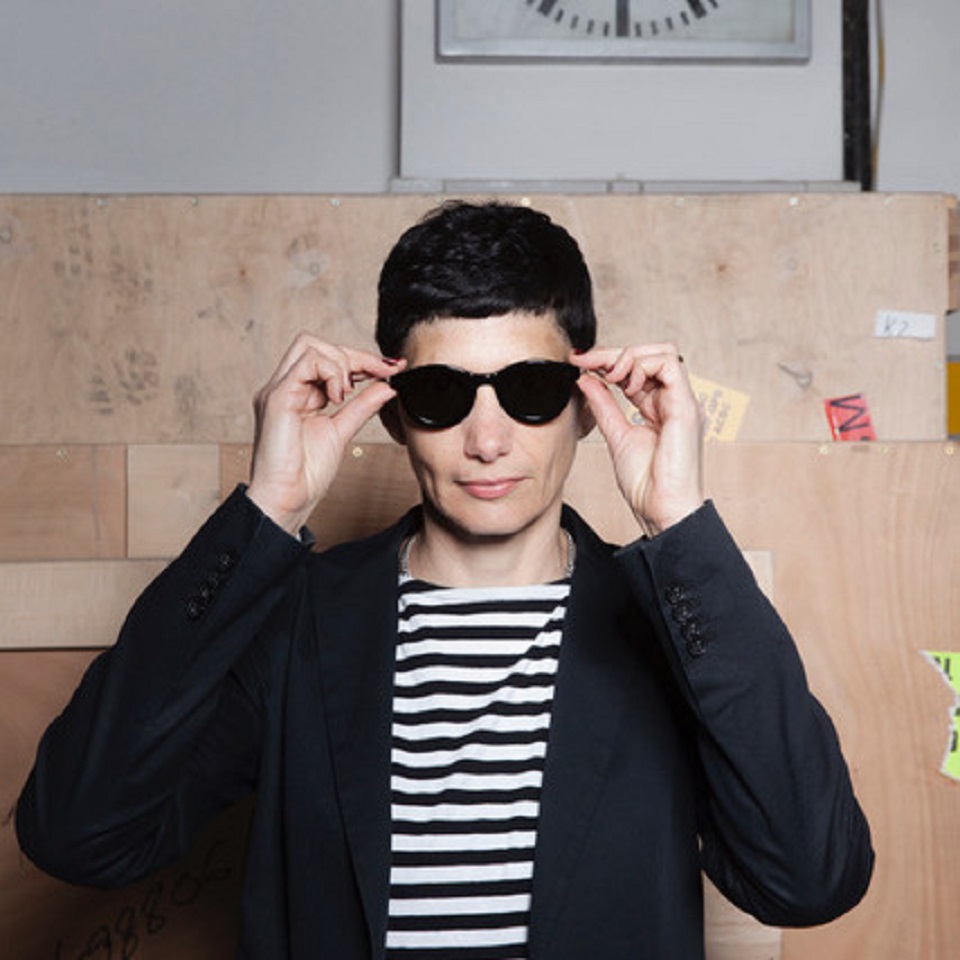 Two Minutes to Midnight attempts to answer the question “What if women ruled the world?” In the plot, the all-female government of a fictional country must oppose an imminent nuclear threat from a foreign country. A group of fictional characters, along with real women experts in defence, law, politics and psychology, are housed in a democratic “Peace Room” mirroring the toxically masculine “War Room”, a reference to Stanley Kubrick’s satirical Cold War film Dr Strangelove, or How I Stood Afraid and Loved the Bomb. The women are destined to decide how to deal with the situation.

Two Minutes to Midnight is the final stage in a four-year hybrid-experimental project called What If Women Ruled the World, in which the author analyses the phenomenon of geopolitical games and presents us with an alternative to the macho power discourse.

Yael Bartana is an Israeli artist, filmmaker, and photographer. Her films, installations, and photographs explore the imagery of identity through political imagination. Taking as a starting point national consciousness and traditions, in her work, she focuses on ceremonies, public rituals, and social diversions that are intended to reaffirm the collective identity of the nation-state. Bartana investigates these through the realization of “pre-enactments”, depictions of potential and yet imagined happenings, that comment our reality by suggesting alternative presents and possible futures, juxtaposing real life and fiction, and confronting her audiences with their personal and collective responsibilities.

Bartana represented Poland in the 54th International Art Exhibition in Venice (2011) with the trilogy And Europe Will Be Stunned, a project on the history of Polish-Jewish relations and its influence on the contemporary Polish identity. The trilogy was followed by major commissions realized across the globe, such as Inferno (2013), which features the destruction of the Third Temple in São Paulo, True Finn (2014), which questions the national Finnish identity, and Tashlikh (Cast Off, 2017), a visual meditation that gathers personal objects linked to horrors of the past and the present.

In recent years Bartana has been expanding her artistic practice and experimenting with various forms, such as sound, sculpture, and theatre. Her latest work is the project What If Women Ruled the World (2016-) which combines fictional settings and real-life participants, setting up a particular forum for action while exploring possible alternatives to a world dominated by men and traditional perception of power. The Undertaker (2019) and Two Minutes to Midnight (2020) both emerged from this survey.