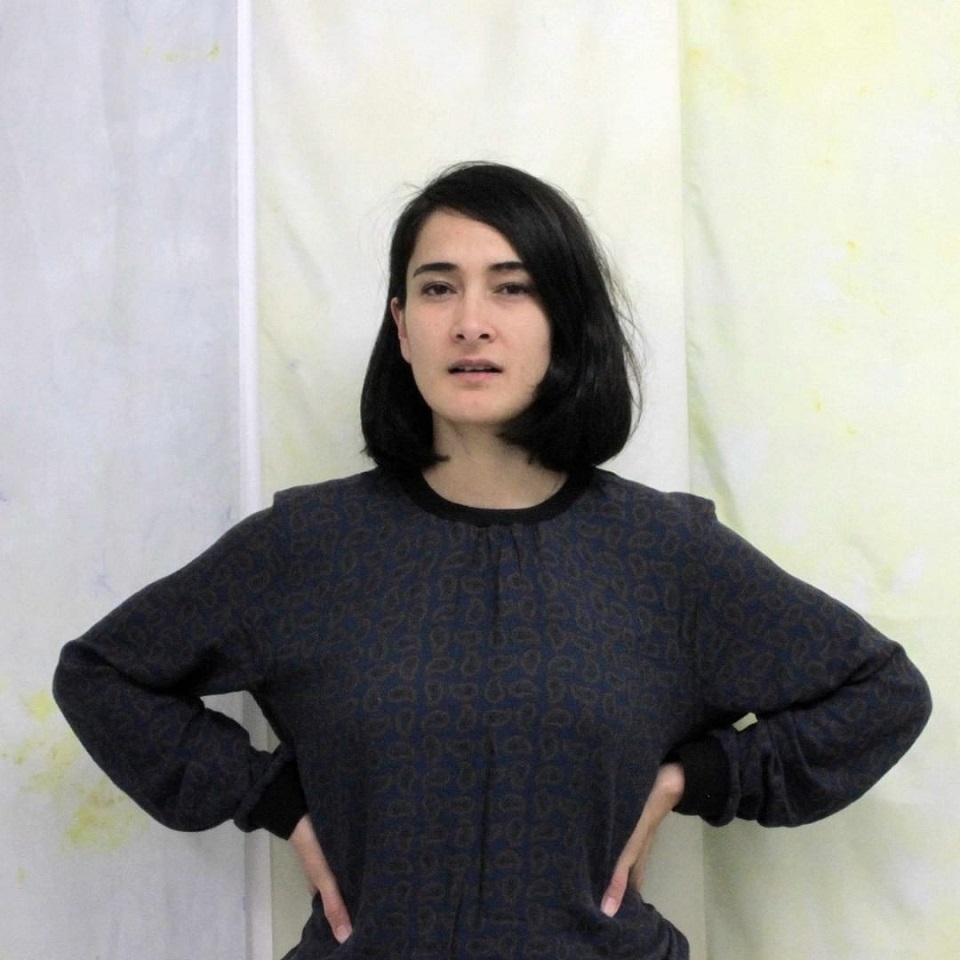 Single-channel color HD-video with sound, 14′55″. Courtesy of the artist

This Сreature refers to an early fifteenth-century medieval text called The Book of Margery Kempe, considered the first autobiographical work in English. This strange book transcends all classifications and presents the many identities of the woman who dictated it: mother, wife, heretic, laywoman, businesswoman, pilgrim, madwoman; which makes the reader experience a whole gamut of different emotions from boredom and annoyance to admiration. But the most remarkable thing about the book is that throughout the narrative, Margery Kempe refers to herself as “this creature”, avoiding giving her own name. Her body’s feelings and desires clash with the practical need to maintain her reputation as a spiritual writer without being branded a heretic, and the text forces the body to hide behind institutional language, which creates a strange form that throws the reader off-balance. “This creature” permeates the form of the work and the reader. The nature of this creature is unlocatable, but very much alive.

This Creature weaves a narrative whose starting point was a failed request to view the oldest known manuscript of The Book of Margery Kempe housed in the British Library. The desire to touch, being touched, being “touched” and the variety of illnesses ascribed by scholars to what Margery calls her gift of weeping, brush against questions of voice — having voice, hearing voices, speaking other voices. The film, shot on an i-Phone, depicts a series of ‘touchies’ or ‘feelies’ with sculptural and architectural elements in Hyde Park and the tamed birds who inhabit it.

Sriwhana Spong is an artist from Aotearoa New Zealand, living in London. She engages different mediums, including sculpture, film, and performance to create works where experiential knowledge, autobiography, and fiction interact with carefully researched materials and forms that reflect their particular cultural contexts and sources. In exploring the relationship of the body to language, how it is written, and how it exceeds and escapes this inscribing, she draws on the writings of mystic women to produce works set in motion by oscillations between distance and intimacy, where separations between genres dissolve, and the binaries of contemplation/action, mind/body, inside/outside collapse.