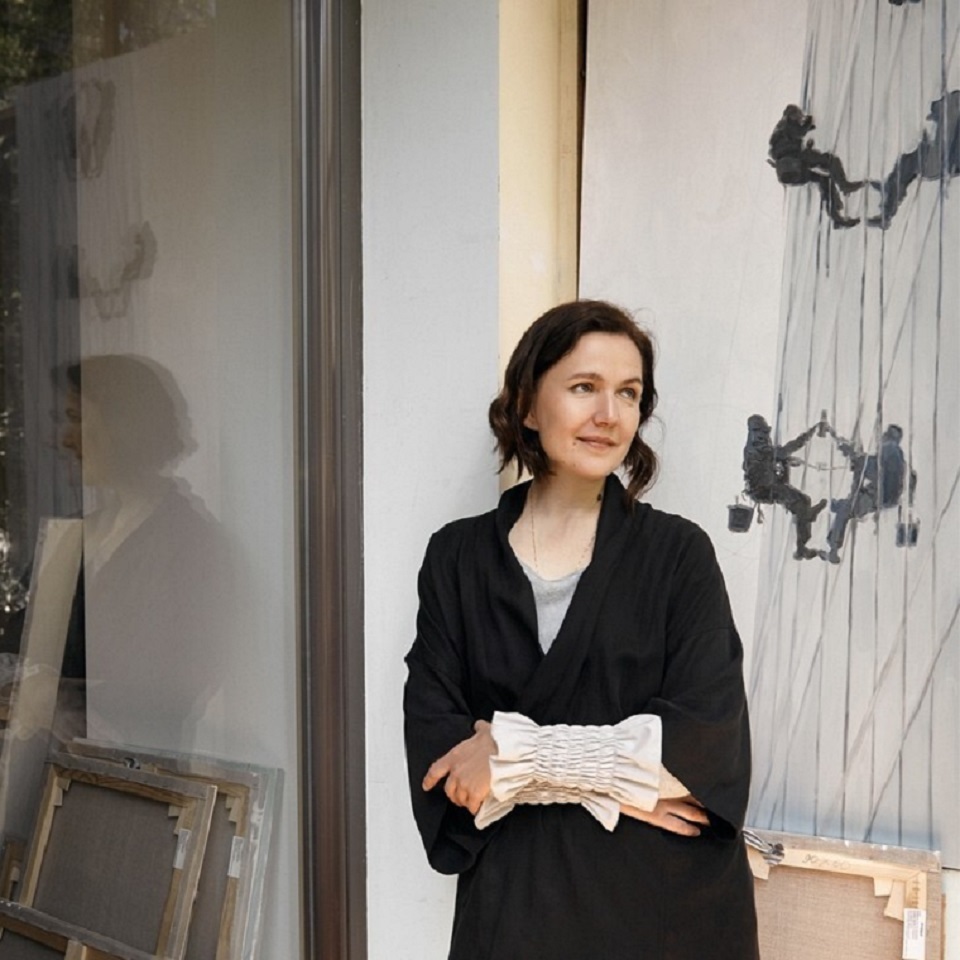 The film was shot in the Chekhov Museum, which is located in Moscow, on the Garden Ring. I planned to go there for ages. In one of his texts, Andrei Bitov described Chekhov’s pince-nez, how it lies in a display case in the museum and shakes due to the roar of the cars on the Garden Ring. That image remained in my head for a number of years.

Eventually I went to the museum. I found the pince-nez. It wasn’t shaking. Rather, everything around it shook. The whole museum comprises interiors recreated based on Mikhail Chekhov’s drawings, disciplined and delicate watercolors, and the surrounding world is made up of these watercolors. I was amazed by the furling and unfurling of the space. It was contained within these drawings, made in 1899, and then burst outwards 60 or so years later.

I began to walk around the museum, to observe how its small rooms — those watercolor exhalations — filled with life, as if Chekhov’s characters had moved in. Sometimes I was admonished, sometimes I was charmed, sometimes I was ignored. A somewhat claustrophobic life, like on stage, in which the custodians often come out with stories, with the tour guides playing their roles in front of the rolling waves of school groups.

Each of them is not quite in the correct role and, it seems, wants something different. With the possible exception of the overacting performers of the educational theatre. Everyone in the world of Chekhov is not particularly bad, but if they are good, then only to the extent that they acknowledge how bad they are. And they all find this very tiring.

P.S. When Andrei Bitov left the Chekhov Museum he began to cry.

Olga Chernysheva is a leading name from the Moscow generation emerging in the 90s who made a name for herself during a period of great political and cultural changes, which were, however, partly determined by the difficult reforms of the Soviet system and the economic problems that affected a large part of the population. Her work in different media — including very short essays which she combines with still or moving images — is based on a close observation of the reality around her.
Olga Chernysheva continues the long Russian tradition of social realism (very different from Socialist Realism, the official artistic doctrine of the former Soviet Union) and art as a kind of critical and compassionate narrative. Her work is formally sophisticated, subtle, and humorous.

Chernysheva was born in Moscow in 1962. She studied in the All-Union State Institute of Cinematography in Moscow (specialization Animation) and in the Rijksakademie van Beeldende Kunsten in Amsterdam. Her solo shows were held at the State Russian Museum in Saint Petersburg ( The Happiness Zone, 2014), Museum of Contemporary Art Antwerp (Keeping Sight, 2014), Secession in Vienna (Chandeliers at the Forest, 2017). She represented Russia at the Venice Biennale of 2001. Her works were displayed at the 56th Venice Biennale (2015), Manifesta 10 in Saint-Petersburg (2014), 1st Bergen Triennale, Bergen, Norway (2013).