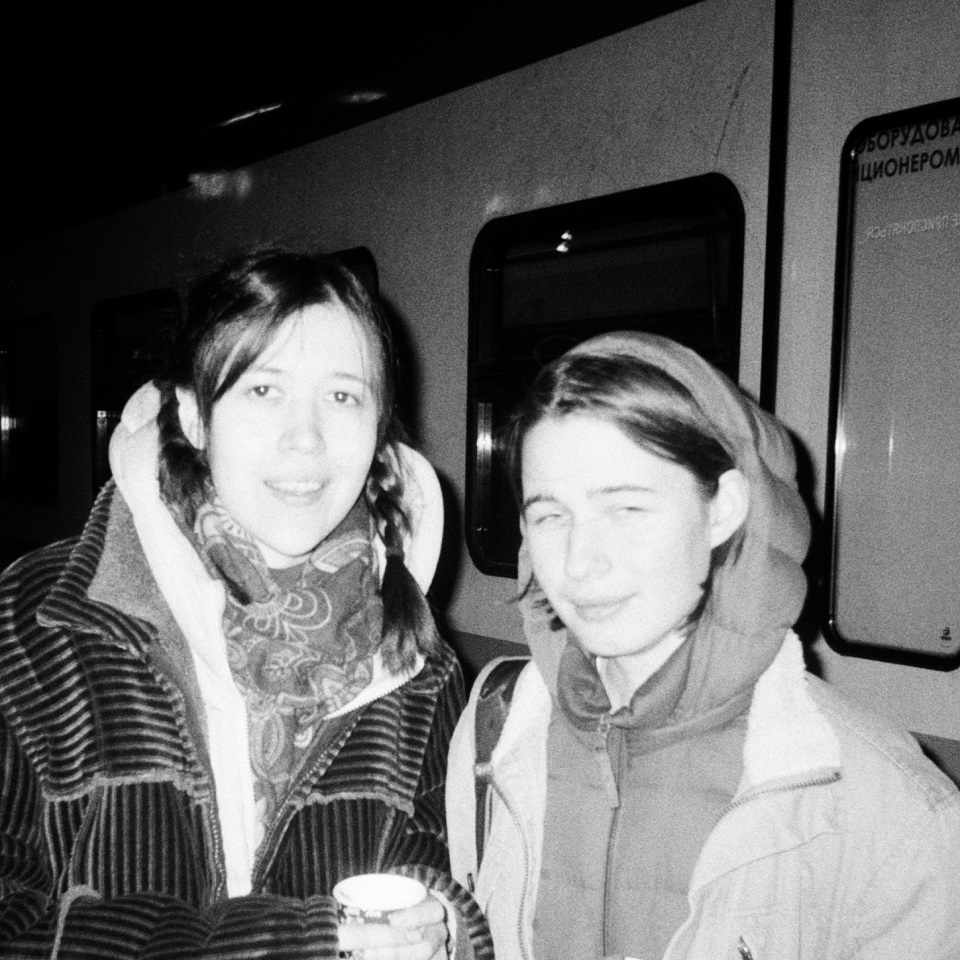 The two-part theatrical performance by Anya Grebennikova and Apollinariia Ryumina Conversation as Touch is a work that explores how a shared story is born through non-verbal communication carried out with the help of visual language and haptics. The performance is based on the many thrilling memories of the artists' past and their feelings connected to these memories. The performance's narrative is figurative, and it symbolically takes place in different geographical locations, such as Armenia, grandmother's country house, or a typical small town.

"Our work is a stream of thoughts, a dialogue, a conversation between two people that share something very important from within themselves. It is an "out loud" reflection in visual language. By "talking" in this way, we explore touch. When we talk to each other, when we share our thoughts, it is as if we are touching each other. The memories we share cease to belong only to us. One story clings to another, and a conversation is born."

Anya Grebennikova’s Childhood is inspired by the autobiographical story of the same name by Leo Tolstoy, where the writer turns to his childhood memories and creates an integral narrative of them. Initially, the project was conceived as a staging of Tolstoy’s story, but then Anya Grebennikova decided to tell about her own childhood, building on the text of the great Russian classic.

The play consists of thirteen acts, and the action starts in the 19th century in Nikolenka’s room. Gradually, the room turns into an abstract space filled with many symbolic objects that refer to the artist’s own childhood. Thus, the play turns into an autobiography, told through the prism of children’s fantasies, memories and images, filled with many references to iconic works of art from different historical eras and cultural periods.

Anya studied at the Art Design Workshop and graduated from GITIS in the workshop of D. Krymov and E. Kamenkovich. She participated in group exhibitions in Moscow and Vladikavkaz. As a production designer, Anya did her first five performances (at the School of Dramatic Art Theater, at the Center for Dramatic Art and Directing, at the Yermolova Theater, at the Voznesensky Center, at the Museum of Moscow). Now she is working on the play When I Become Little Again, dir. B. Kots, in the Youth Theater of Altai, Barnaul, and the play Two, dir. D. Krymov, in the Museum of Moscow.

Apollinariia is currently studying architecture at the State University of Land Use Planning. She was a member at EASA-2020, in the summer of 2021 — a participant in the Stop-motion residence in Tarusa by AnimaTseh, 2019 — an intern at NUACA, Yerevan;

The artists come together to show their conversation in visual language.