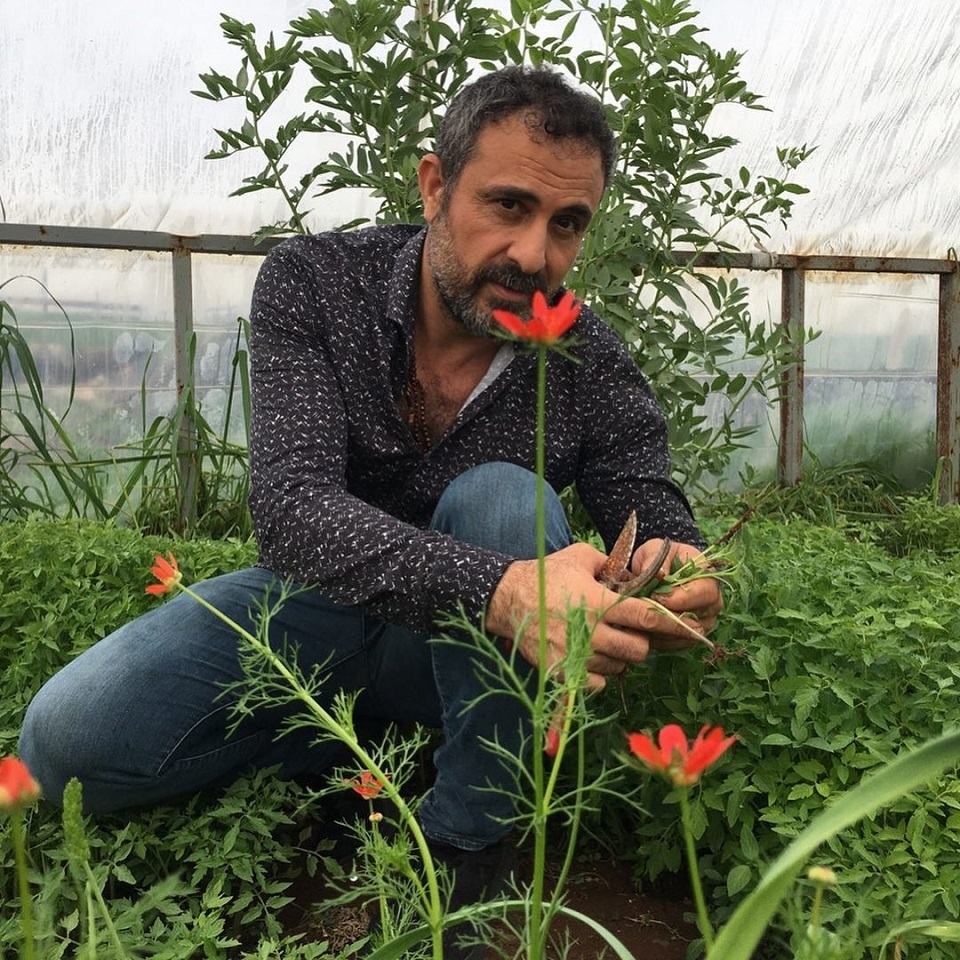 Single-channel color HD-video, no sound, 12'22''. Courtesy of the artist

The Memory of Time presents the viewer with a reflection on the nature of the relationship between such concepts as memory, time, crime and innocence by the artist Erkan Özgen. The artist became interested in this topic in late 2016, after experiencing and reflecting on a terrible tragedy that occurred in his hometown.

In late 2015, a fighting broke out in the historic centre of Sur in the Turkish city of Diyarbakır, where Erkan Özgen lives, with the use of military equipment and bullets. The conflict in this UNESCO-protected historical World Heritage site lasted for long four months.

Later, in July 2016, Erkan Özgen visited the Finnish capital Helsinki, where he took part in a special artistic residency of the PM / HIAP Safe Haven Helsinki programme, which took place in the city district of Suomenlinna for several months. Suomenlinna is an island, also under UNESCO protection, with a spectacular view of northern nature. Around the island are ancient cannons, which are also valuable historical artefacts as they were used by the army during the wars of a century ago. Tourists visiting the island treat these military guns as cultural treasures, taking commemorative photographs with the cannons and storing them in family albums.

By juxtaposing these two striking events from his life, the artist makes the connection between the Finnish island of Suomenlinna and the ancient Turkish city of Diyarbakır, where he lives. Will the cannons used in his city be taken under UNESCO protection and justified a century from now? Will people take commemorative photos with their children next to these cannons? These are the questions that the artist is seeking answers to in this work.

In the video, by posing provocative questions to tourists on the island, the artist confronts people with the aim of problematizing their relationship with guns. This video work is intended to reveal the essence of an unconventional perspective on the problem of transforming memory when confronted with a heavy war legacy.

Single-channel color HD-video with sound, 3′30''. Courtesy of the artist

“If I were to be born again, I would melt all the tanks and weapons, and I would make musical instruments out of them” (Aram Tigran). Inspired by this succinct phrase by Kurdish writer, poet and musician Aram Tigran, artist Erkan Özgen has created a short video installation called Harese, in which the music is meant to soothe the psychological trauma of war and warfare.

The artist’s aim is not to heal the traumas suffered by soldiers during their service, but to draw attention to the devastating effects of war. In this work, Erkan Özgen draws the viewer’s attention to the fact that our world, with its many wars, is deaf to the voices of people who speak out against the ideas of militarism, and people themselves are blind to the fact that society is plunged into a state of deep psychological problems.

The word “Harese” is an ancient Arabic term from which many other words are derived: hirs (ambition), haris (vanity, thirst), ihtiras (lust), muhteris (thirsty, hungry), etc. The word “Harese” in a global sense means all these things at the same time.

Erkan Özgen was born 1971 in Derik, Turkey. The artist lives and works in Diyarbakir, Turkey. He works video-based installations and has participated in group exhibitions in Turkey and abroad.

In 2003, he curated the Eyes Contact exhibition at Diyarbakır Arts Center. In 2005, Özgen participated in the International Artists Studio Program at Rooseum Center for Contemporary Art in Malmö, Sweden. In the same year, he was awarded “Prix Meuly” at Kunstmuseum Thun in Switzerland. In 2008, he participated in the Can Xalant exchange program at the Centre for Creating and Contemporary Thought in Mataró, Barcelona. In 2016, Özgen participated in the PM/HIAP Safe Haven Helsinki residence program in Suomenlinna. He was awarded the “Polarized! Vision is War/Peace” prize for his film “Wonderland”. Between 2016 and 2017, he curated the collection In-Between Worlds. Kurdish Contemporary Artists for the Imago Mundi, Luciano Benetton Collection. In 2018, he had his first European solo exhibition at the Fundació Antoni Tàpies in Barcelona produced by the Han Nefkens Foundation. The Monography Giving Voices has been edited by Hilde Teerlinck and published by Sternberg Press, Berlin.
Since his work, Özgen has been presented in several museums, art institutions, and biennales worldwide including Tate Modern, Louisiana Museum of Modern Art, Pinakothek der Moderne, Seoul Museum of Art, Cleveland Triennial for Contemporary Art, Manifesta Palermo, amongst others.

He has also participated in many workshops in Beirut, Damascus, Diyarbakır, Enschede, Khartoum, and Taipei. Özgen has given lectures contemporary art in Turkey and abroad and has also worked as an activist in support of various ecological initiatives. He is of the founders of Loading Independent Art Space established in Diyarbakir in 2017. He was a member of the advisory board of the Istanbul Biennial Production and Research Program 2018-2019.