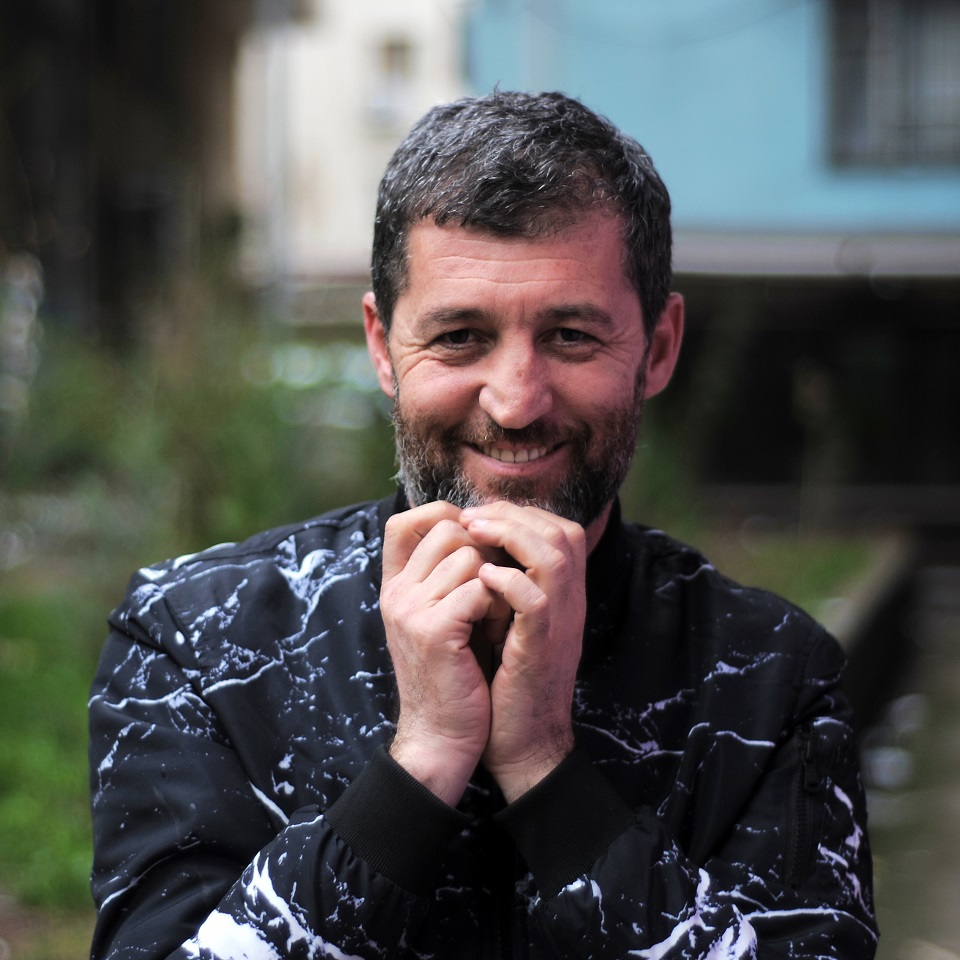 Diyarbakır-based artist and one of the founders of Loading Art Space of Turkey, Cengiz Tekin works with an ambition of filling the gap between life and art. His video work Silence (2018) deals with the psychology of militarist gentrification, normalization of violence, and also the politics of isolation. Tekin, mostly known for his lens-based practice of video and photographic works, skilfully draws certain motifs from his own domestic space, framing them within dramatic narratives. In this video, a black-screen with white letters confronts the viewer with the noise of weapons they hear; sound from explosions with cues and subtitles connects our ears with eyes. Familiarity with the sounds of weapons, bombs, and other military devices, and knowledge and experience of their types, models, and numbers, from living with the reality of war, open up critical questions surrounding public security, safe spaces, and the meaning of human life.

Cengiz Tekin’s work constantly alludes to potential crises, and utilizes the forms, languages and strategies of art not only in rebellious ways, but also through expressing actual rebellion with the power of silence and resistance. The video installation entitled Pastoral Symphony (2021) Staatliche Kunsthalle commission for State and Nature show by the Diyarbakır-based Kurdish artist shows the destruction of centuries-old settlement structures by gigantic dam projects. He asks where the boundary lies between the environment human beings create and the collapse of nature in currently distressed areas. This commission was produced in different parts of Mesopotamia, especially ancient towns and districts located along the river and water resources that have been damaged by governmental decisions and regulations. Despite protests and rejection by civil organizations and communal projects, these sites with archeological history and value have been flooded, or abandoned. In April last year the water levels of the dammed Tigris River reached an elevation of 498.2 m, covering the whole town at Hasankeyf. These two-channel videos provoke reflections on how water has historically shaped city structures and street architecture from earlier stages of urban development.

Cengiz Tekin (1977, Diyarbakır)  received a BA degree in Painting from the Faculty of Fine Arts, Çukurova University (1999). In his photography and video work, the artist deals with elements such as tradition, family, faith, which are often rooted in social life. His art particularly points to the issues borne by the government agenda in the geography in which he lives. Yet rather than using a documentary tone, the artist presents an ironic approach where he interrupts the flow of everyday doings and renders them precarious. He often presents uneasy scenes that invite the viewer to look from another angle. Taking his personal life as the starting point, Cengiz Tekin’s work extends to his local geography and then to the wider social sphere. He draws attention to the refugee crisis which now the whole World had become a witness to. His works have been exhibited in many countries including Italy, Greece, Chile, America, Germany, England, Ireland, Switzerland, Brazil and has been included in several international biennials. The artist is also one of the founders of ‘Loading Art Space’ in Diyarbakır, Turkey. He lives and works in Diyarbakır.