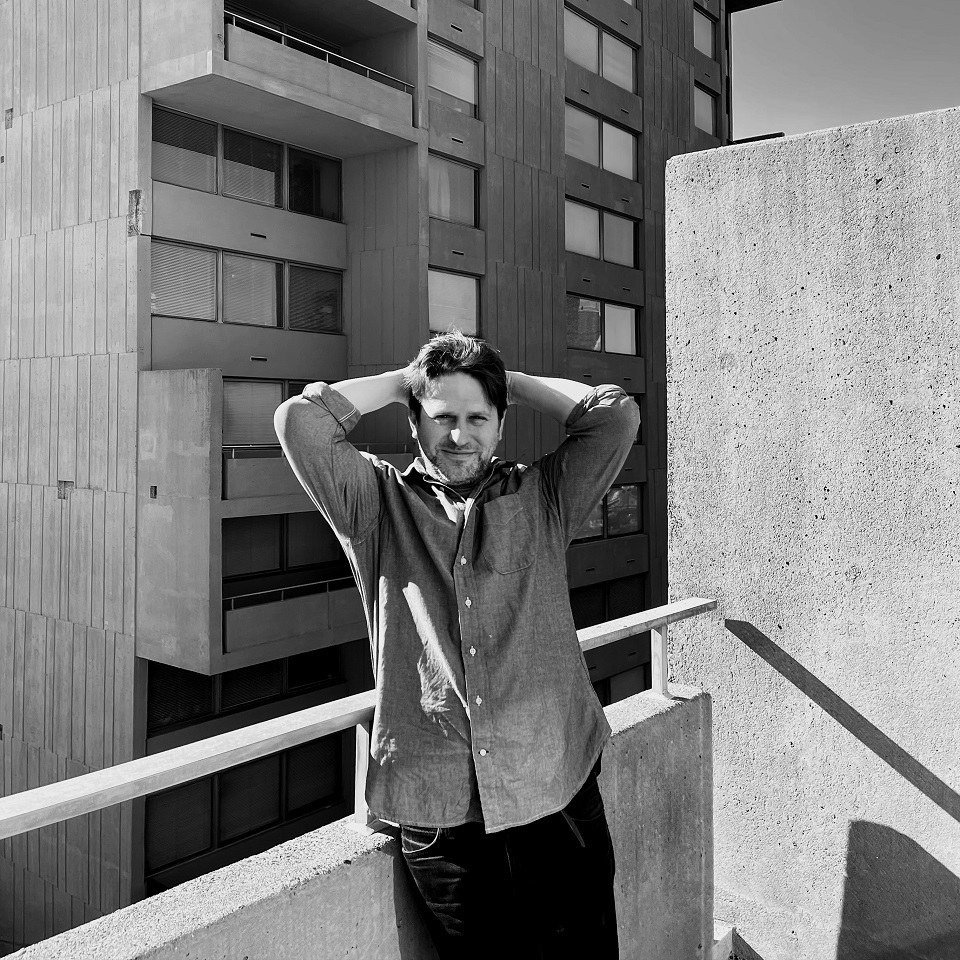 Single-channel HD-video with sound, 7'20''. Courtesy of the artist

The video Earth and Iron was filmed by the artist at an iron ore processing plant in southern Siberia. The video captures the workings of giant factory machines that move slowly across the screen to a dramatic rhythmic soundtrack composed especially for this work by musician John Blackford.

The video addresses the theme of identity and continuity between the archaic and the modern. This problem of the inheritance of archaic codes, often embedded in ancient myths, is illustrated by the artist using the example of the work of giants, previously thought of as magical beings of divine nature, who in modern times have become demythologized machines.

Turo (Tower in Esperanto) is a film exploring post-Soviet geography and Constructivist architecture, is a meditation on the liberating and revitalizing force of the deconstructive attitude to the modernist archive. It is made up of four chapters and an introduction index. Each chapter is exploring a different Constructivist building as a stage for past utopias. The buildings are landmarks of Soviet modernism: Melnikov House (architect Konstantin Melnikov), Narkomfin Building (architect Moisei Ginzburg), ZIL (Automobile factory designed by Vesnin brothers). There is also a recording of a “ghost mode” of a video game exploring ruins of Pripyat’ (Soviet town affected by Chernobyl catastrophe) featuring unrealized Tatlin’s Tower. Since many Constructivist projects were never realized and existed as potential designs, they are placed into the virtual environments of the video game, positioning utopia within dystopia. It’s an atemporal collective territory, where past dreams coincide with current consumer culture. Modernity could be interpreted as an updated Babel Tower project where the universal tongue would have been imposed over the rest of the world. It still resonates deeply with contemporary culture, but today it exists as an archive of ruins, the record of fragmentation.

The video’s structure explores various methods of representation, combining a cinematic approach with layering and digital abstraction. Each part of the film is a metaphorical tower that gets deconstructed throughout the duration of the chapter. Some parts are direct cinematic narratives, like an enormous blaze, while others use projected images, deconstructing an image and shaping its potential meanings based on technological reproduction.

Since the film’s completion, the buildings portrayed have been demolished, altered, or renovated. Turo serves as historical documentation of the Constructivist architecture that is not a frozen ideal but a living form that changes, evolves, gets ruined, and redefined.

Anton Ginzburg (b. 1974, Leningrad) is a New York-based artist, whose practice combines painting, graphic art, moving image, and architectural collaborations. He is known for his films, sculptures, paintings, and two-dimensional work investigating historical narratives and poetic studies of place, representation, and modernist form. He earned a BFA from The New School's Parsons School of Design and MFA degree from Bard College, Milton Avery Graduate School of Arts, Annandale-on-Hudson, New York. In 2021, Ginzburg was a research fellow at the Schaufler Lab at the Technical University of Dresden with the topic of Artificial Intelligence, technology, and creative labor.

His work has been shown at the 54th Venice Biennale, the Blaffer Art Museum at the University of Houston, Southern Alberta Art Gallery in Canada, Palais de Tokyo in Paris, the San Francisco Museum of Modern Art, White Columns in New York, Lille 3000 in Euralille, France, and the first and second Moscow Biennales. His films have been screened at the Whitechapel Gallery in London, Rotterdam International Film Festival (IFFR), Dallas Symphony Orchestra (Soluna), Nasher Sculpture Center in Dallas, Les Rencontres Internationales in Paris, Haus der Kulturen der Welt in Berlin, Dresden Film Festival and New York Film Festival/Projections among others.